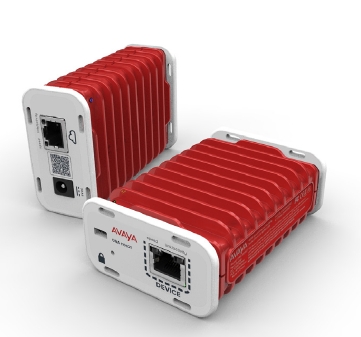 Avaya has announced a new product wich is called ONA Open Network Adapter. It is an small form factor SDN Adapter wich is based on Open vSwitch. It is designed to bring plug-n-play connectivity for network devices. Basically Avaya is saying that you bring an ONA adapater for example to an branch office site and it connects over the WAN the remote location to your corporate network. The ONA can be integrated with the Fabric Attached technology into a SPB fabric or into the Avaya SDN FX controller architecture. Two models of the ONA are available. The ONA 1101GT provides one network and one device 10/100/1000Base-T port, and supports Power over Ethernet. The ONA 1208GT provides two network — 10/100/1000Base-T plus 100/1000Base-FX—and eight device 10/100/1000Base-T ports. The devices are passive cooled and have the form factor of a card deck. Pricing for the ONA will be start at $545. Avaya has scheduled the availability for mid-2015.

The ONA is an interesting device, instead of managing remote offices or other external networks like seperate islands you can integrate these locations into your enterprise network and manage them with Fabric attach with the same comfort that you have in your SPB network. The ONA can be shipped to a remote location plugged in and deliver immediately connectivity for your services like voice or data no matter wich WAN service you are utilizing. That was done in the past with traditional WAN connections and VPN based products. Here you needed in most cases an on site engineer for the deployment, if that could work with the ONA plud-n-play it would be much more easy to deploy. An other interesting usecase would be temporary deployments that also can be connected over an OVA. In fact it is Open VSwitch based there will come more features to the device in the future. I highly appriciate that Avaya and Wind River have colloborated to contribute the Fabric Attach auto-attachment feature to the Open VSwitch community and making this feature widely available.

Fore more details check out this document from Avaya