This will be the first blogpost of a series of posts about SPB. We start with an general overview. At the moment there are big changes in the network industry. After using protocols like spanning tree for over a decade technology has evolved and fabric based solutions can do today all the stuff that we couldn’t do with spanning tree. Of course an Ethernet fabric is much more than just an upgrade of spanning tree. The two standards for Ethernet fabrics are TRILL and SPB.  I will try to get you an overview what SPB is and how it works. SPB stands for shortest path bridging and is the IEEE standard 802.1aq. There are two versions of SPB the SPBM and SPBV standard, at the moment it looks like that only SPBM is adopted by vendors and everything posted here will regarding to SPBM.
With SPB you can build large loopfree multipath equal cost topologys. That is achieved with the ISIS and the dijkstra algoryththm as controlplane in the backround.
Think of it like routing for MAC Adresses. Some of the behaviour that we know from L3 Routing can applied with SPB for MAC addresses on L2. So like we did in L3 routed networks you can use all physical layouts like star, ring, full mesh, squre or what ever you like. In this network all path will be used there will be no blocked or unused path. It is also impossible to have a loop in a SPB network. We also get with SPB some features that are a littlebit similar to what we have done in the path with MPLS. Packets that will be forwarded across your SPB fabric will become an extra “TAG” like the label in MPLS, when the packet is forwarded to its destination the “TAG” is removed on the access switch, so your SPB network will always look like one hop for connected hosts. The second benefit is that with the encapsulation process is added an service identifiyer or I-SID that brings us 16 million service IDs and eleminates the limit of 4000 VLAN IDs. On SPB you can run different services , so once SPB is running on a network you can configure the services you like to utilize. I will use here the Avaya terminologys for the services.

L2VSN: a virtulized layer 2 service over SPB, like a VLAN on conventional switches you can transport L2 connectivity over the SPB fabric. On the acces site VLANs will be mapped to an I-SID. The VLAN ID is only local significant here so you can map on different access switch a different VLAN IDs to an I-SID only the I-SID must be the same gloablly to provide L2 connectivity across multiple switches.

IPShortcut: a Layer 3 service over SPB using ISIS for routing for the Global Routing Table GRT

L3VSN: a virtulized Layer 3 service over SPB. Think of it like the vrf feature in MPLS. Multiple L3 services in diffrent vrfs.

T-UNI: the T-UNI is a subcategory of the L2VSN, wich I call the virtual cable. Basicly it transports everything as long it is ethernet from one given access port to another across a SPB facric.

My opinion on SPB:

SPB is a straight forward protocol wich is easy to deploy and works extremly reliable. I have to admit that I was very sceptic (I am always sceptic when it comes to brand new stuff that nobody has tried before) when I started to investigate SPB in 2013. I really got excited about SPB after a 2 days workshop. After only 2 days of testing SPB in the lab I felt comfortable with the technology. Once SPB was rolled out on the lab equipment I tried everything I could thought of to break it, but SPB has not failed a single time. Most of the simulated failures where handled and converged by SPB so fast that it was hard to measure them. Based on my expirience I can also say that with SPB you have to spent less time to configure your network. 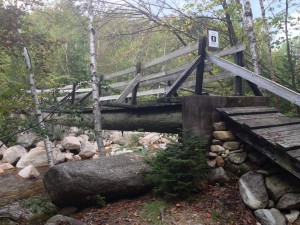 When you got interested in SPB you can also listen to the Packet Pushers Podcast Episode 210 SPB Implemtation Fundamentals, where I had a nice discussion with Rikki Cook, Ethan Banks and Greg Ferro about SPB.

Network problem solver
View all posts by Dominik →
This entry was posted in All, Avaya, Blog and tagged Avaya. Bookmark the permalink.

7 Responses to SPB an Overview